​Harry grew up attending summer camp at Clearwater Forest Camp and Retreat Center in Deerwood, Minnesota where he served on summer staff for three years before serving as the Creative Director there in 2013. After Clearwater Forest, Harry worked as a Program Specialist at John Knox Center in Ten Mile, Tennessee for a year. Harry is a graduate of the Compass Points certification program from Columbia Theological Seminary in connection with the Presbyterian Church Camp and Conference Association.
After visiting Lakeshore Center in 2014, Harry said, “I really love this site! I felt an almost immediate connection to it. I am looking forward to meeting and working with the staff, seeing the site in summer, and meeting all the campers. I am just excited to have the opportunity to work at such a beautiful facility.” After 3 years as our Program Director, Harry is ready for this new challenge.
Email Harry 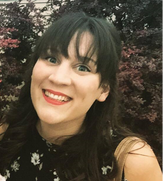 Cassie joined our team in 2016 as our part time Hospitality Coordinator and now serves as Associate Director for Administration and Hospitality.  She is a graduate of the Compass Points certification program.

Cassies has served as a Program Specialist at John Knox Center in Ten Mile, Tennessee, a Program Director at Camp Wyoming in Wyoming, Iowa, and  as the Summer Program Director for Clearwater Forest in Minnesota.  As of September 1, 2018, Cassie has joined our team full time.

If you attend community theatre in Spencer, you will have seen Cassie on stage sharing her beautiful voice and acting talents.
EMAIL Cassie 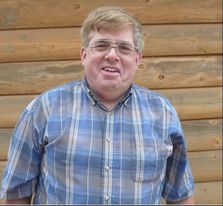 Don has seen a lot of good changes at Lakeshore Center over the past several years.  As Site Manager, Don can help your work group with possible projects for the Center.  He loves working with all the different people to help improve Lakeshore Center. 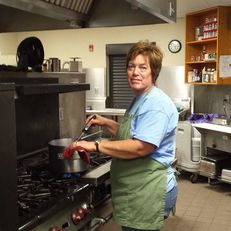 ​After generously volunteering at Lakeshore Center for years, Jean finally came on board as a full time staff memeber as of September 2015. Before coming to Lakeshore, she spent 20 years in the insurance business. Jean is married to our trusty Site Manager, Don Reed, and together they have two sons, Jason(Mandie) & Kyle as well as two grandchildren, Austin and Kaitlynn.
​
If you or your group would like meals while you are here with us and would like to speak with Jean, you can email her at kitchen@lakeshorecenteratokoboji.org
Email Jean